2013 was a year for sellers rather than buyers, particularly in regards to luxury condos in downtown Boston. As condo inventory in Boston reached lows not seen since the 1990s, prices were kept high and bidding wars once again became a common occurrence. We expect the seller's market to continue into next year because many condos now in the pipeline, such as Millennium Partners' Millennium Tower, won't be ready for another year or two. 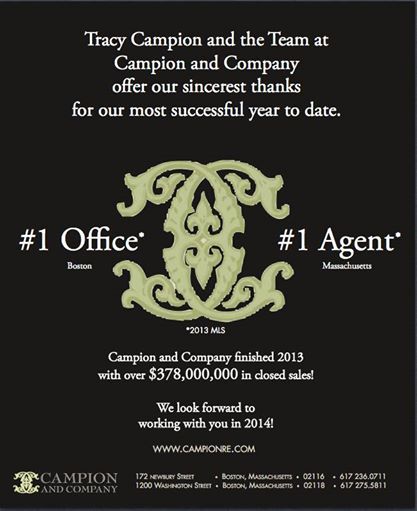 In 2013, the Massachusetts housing market experienced one of its best performances in recent history with sales rising to pre-recession levels and prices climbing rapidly. But could higher mortgage rates and lower numbers of homes up for sale put a damper on hopes for 2014?