Tracy Campion was featured in Boston Magazine's June/July 2020 Issue as one of the Top Real Estate Producers for 2019. 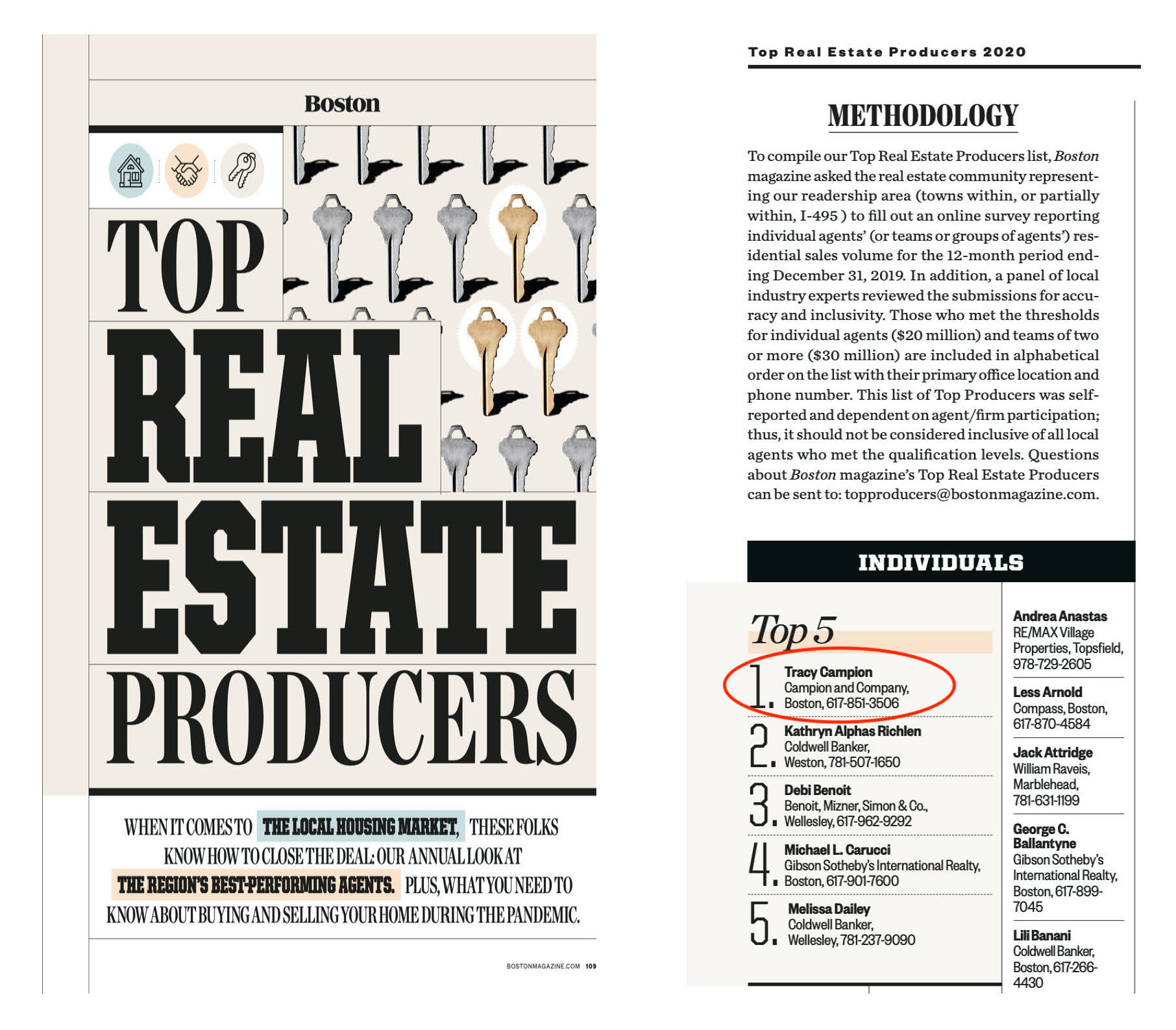 Tracy Campion was featured in Boston Magazine's May 2020 Issue as one of Boston's Most Influential People Right Now. 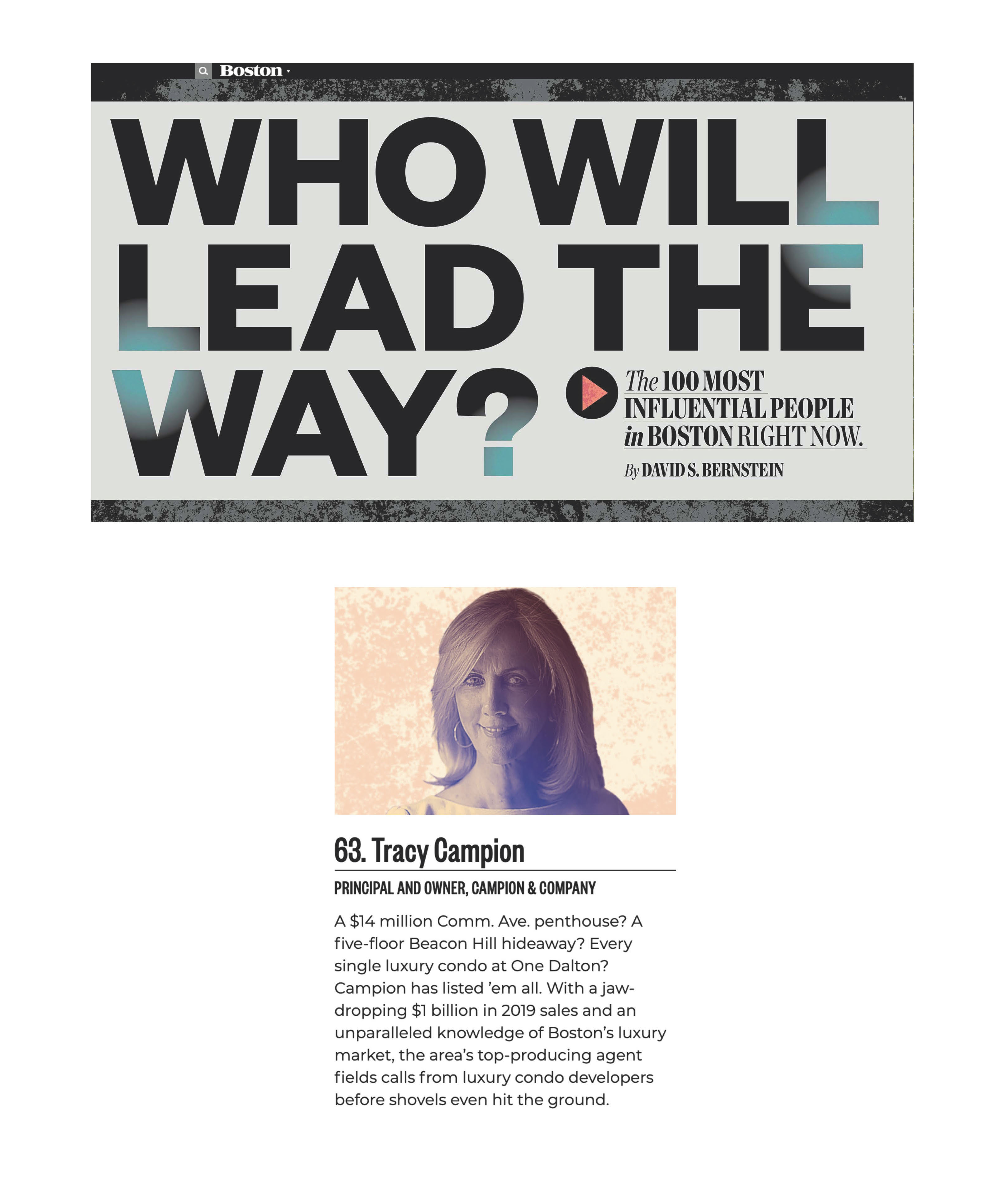 Top Sales by Neighborhood in Boston from 2019 Featuring Tracy Campion

Tracy Campion has been featured in the January 2020 issue of Vanity Fair! Campion was named as one of the leading business women in the city. She is the #1 Broker in New England and the #4 broker in the nation. 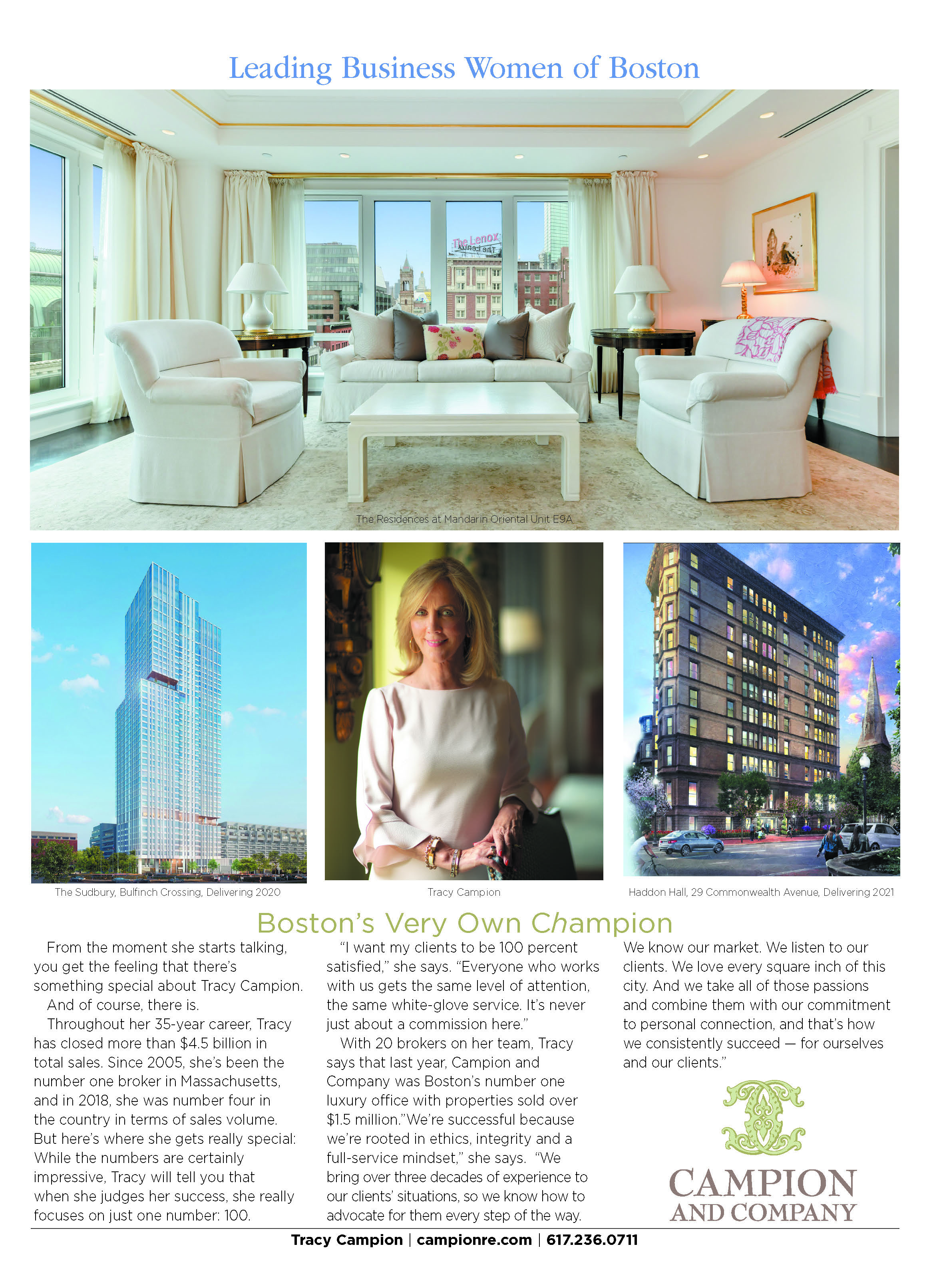 Boston is Booming, and the Multimillionaires are Flocking

The New Hot Address in Town is One Dalton: Campion and Company to be Exclusive Marketing Agent

A Flower-Inspired Building Has Sprouted in the North End

Luxury Homes Coming to The Boulevard on the Waterfront

Back Bay Broker Gets a Tall Task